Kausani
Window to the snow-crested Trishul, Nanda Devi, Nandakot and Panchchuli peaks, there are very few places in the Himalayas whose beauty can be compared to that of Kausani - a picturesque hill station famous for its scenic splendor and its spectacular 300 km-wide panoramic view of the Himalayas.
With a total area of 5.2 sq. km, situated at a height of 1890 m above sea level, located 51 km north of Almora, Kausani is the birthplace of famous Hindi poet Sumitra Nandan Pant, who wrote some of his memorable poems in praise of this paradise on earth. In 1929, Mahatma Gandhi stayed here for 14 days at the Anasakti Ashram while scripting his book titled 'Anasakti Yoga' and was greatly impressed by its environs.The town is accessible all year round. For those who wish to avoid the cold, the best season is between April to June and again between September to November. Summer months will require light woollen clothing and winter- heavy woollen clothes. 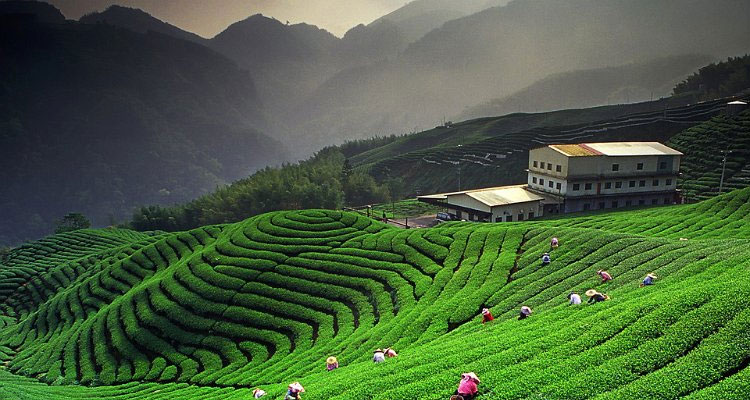 Nainital
Commonly known as the "Lake District of India", Nainital is one of the most beautiful hill stations in North India. Surrounded by mountains on three sides Nainital is located around the beautiful lake Naini Tal. This lake resort is situated at a height of 1,938 meters. There are many legends associated with the place. According to one, Nainital has derived its name from the Goddess Naina while the other legend says that when the Goddess Sati lost her eyes, she was being carried by Lord Shiva and a lake was formed. ('Naina' means eyes and 'Tal' means lake.) This beautiful small town in surrounded by seven hills, popularly known as 'Sapta-Shring' - Ayarpata, Deopata, Handi-Bandi, Naina, Alma, Lariya-Kanta and Sher-Ka-Danda. The majestic mountains and the sparkling waters of the lake add an immense lot to the beauty of the town. 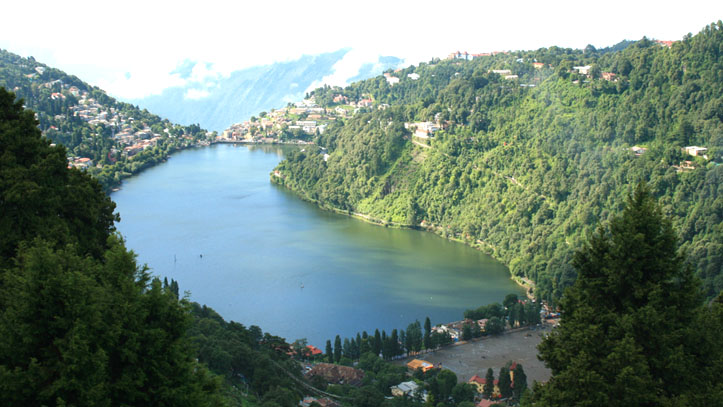 The city is a beautiful mixture of all the hues of nature and sight seen. Naini lake is the pride Nainital and the many gaily coloured yachts on the sparkling lake have now become synonymous with this beautiful picture-postcard resort. A national level yachting competition is organized here during the season.
Nainital used to be the summer capital of United Provinces (Uttar Pradesh) during the British era and remained so for many years even after Independence. The British were the first to 'discover' Nainital as a holiday resort in 1841. Today, it has grown into a highly popular tourist destination. The emerald waters of this mountain lake continue to retain their charm and beckon tourists from far and wide.

Almora
Almora district is a district in the Kumaon division of Uttarakhand state, India. The headquarters is at Almora. It is 1,638 meters above sea level. The town of Almora is surrounded by Pithoragarh district to the east, Garhwal region to the west, Bageshwar district to the north and Nainital district to the south.
The hill station of Almora is situated on a horseshoe-shaped ridge of a mountain, the eastern portion of which is called Talifat and the western one is known as Selifat. The landscape of Almora attracts tourists each year for its views of the Himalayas, cultural heritage, handicrafts and cuisine, and is a business hub for the Kumaon region. Developed by the kings of Chand dynasty, it was later maintained and further developed by the British regime.
The ancient town of Almora, before its establishment, was under the possession of Katyuri king Baichaldeo. He donated the major part of this land to a Gujrati Brahmin Sri Chand Tiwari. Later on when Chand kingdom was founded in Baramandal, the town of Almora was founded at this centrally located place in by Kalyan Chand. In the days of the Chand Kings it was called Rajapur. The name 'Rajpur' is also mentioned on a number of ancient copper plates. 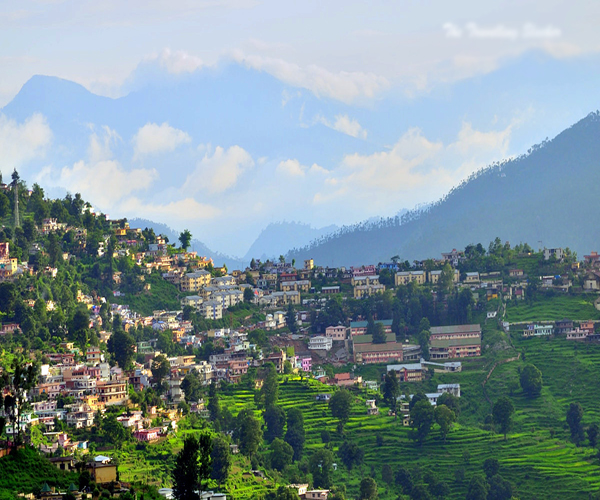 Valley of flowers
Explore the beautiful valley "Valley of flowers" in Uttarakhand state. The valley "Valley of flowers" was founded circumstantially by Frank S. Smith in 9131. It is the valley which was announced as a National Park 1982. The valley of flowers occupies an area of 87.50 sq. kilo meters in the state of Uttarakhand. The uniqueness of the valley attracts the people from all major part of the country. The valley is placed in Chamoli District of Uttarakhand. In 1988 it was admitted as a UNESCO World Heritage Site. The valley is totally covered with full of fragrances flowers. It is so close to Nanda Devi national Park. It is perfect for sight seeing tour.
The valley is surrounded by natural peaks. S. Smith also wrote a book named "Valley of Flowers" entirely based on the valley. The valley was known "Bhyundar Valley" in the past. In this valley you also view some kind of Himalayan Musk deer, bear, snow Leopard and butterflies. The place is not allowed for tourist's accommodation, because there is no place to stay. 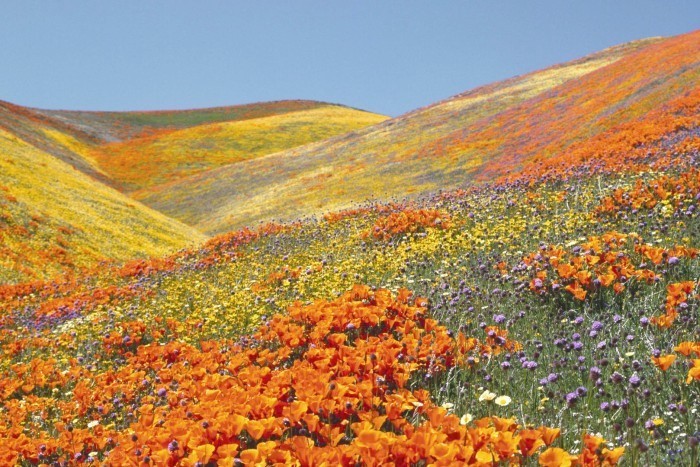